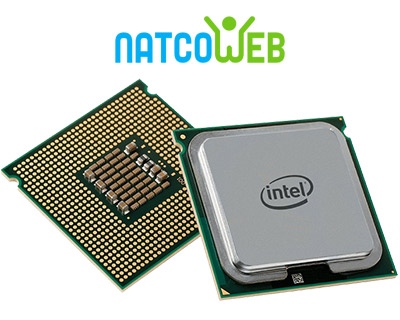 The global computer' processes and transformation is rapidly scaling the demands for flexible compute, networking, and storage. Future workloads will necessitate infrastructures that can seamlessly scale to support immediate responsiveness and widely diverse performance requirements. The exponential growth of data generation and consumption, the rapid expansion of cloud-scale computing, emerging 5G networks, and the extension of high performance computing (HPC) and artificial intelligence (AI) into new usages require that today's data centers and networks urgently evolve. These demands are driving the architecture of modernized, future-ready data centers and networks that can quickly flex and scale.

Intel announced recently updates to its Xeon Scalable processors that creates an evolutionary leap in agility and scalability. These new CPU’s come with the promise of higher processing power because and have the core number counts from 32 to 56. A big aspect of this release is the fact that several of the new CPUs, which are socket compatible, will allow servers to leverage Intel’s Optane DC Persistent Memory.

Using these processors will allow to reduce the restart time for computing systems from a few minutes to a few seconds. The new chip will allow to operate with a large number of virtual machines in the cloud environment. It is expected that the 56-core processor will reduce the cost of maintaining the work of one VM by 30%.

Systems built on the Intel Xeon Scalable platform are designed to deliver agile services with enhanced performance and groundbreaking capabilities, compared to the prior generation.

The second-generation Intel Xeon Scalable processors are generally available today, and systems using the Intel Xeon Platinum 9200 series expected in the first half of 2019.

We'll be able to offer servers with these revolutionary new processors to our customers in the beginning of May.